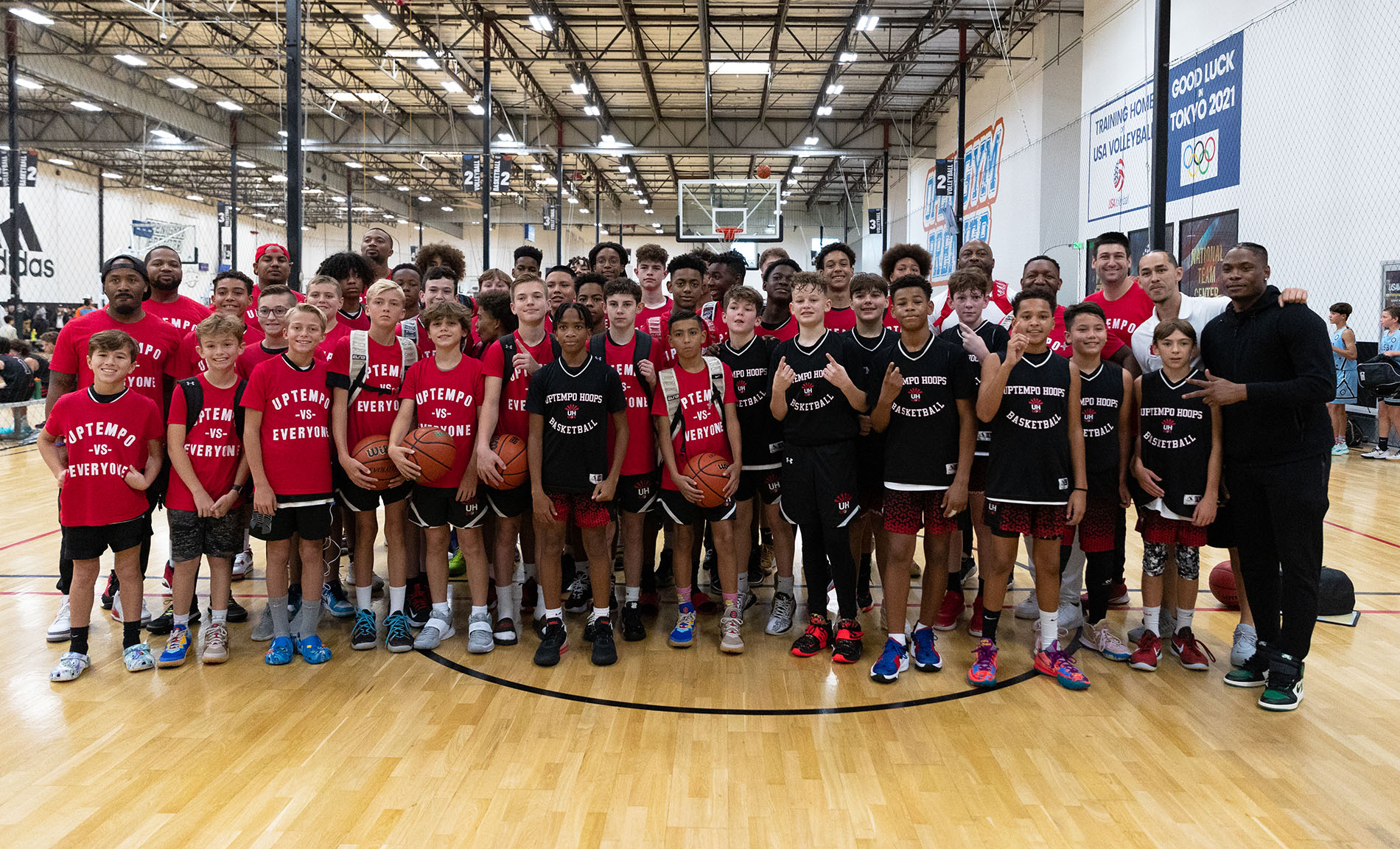 13U Black, 14U Red Win Championships in California

The 13U Black and 14U Red teams combined for a perfect 9-0 record to take home the Halloween Classic Championships at the American Sports Center in Anaheim, CA. 13U Black had highlights from up and down the lineup, led by all Tournament MVP selection Jase Benjamin, along with 2027 guards and All-Tournament selections Peyton Lubash and Nick Reber. The 14U Red team was led by guard Justice Hinds, who averaged 14.6 points per game, along with Travon Darby, who led the team with 6.8 rebounds and 3.2 steals per game.

Overall, five UH Elite teams competing in the event went 10-0 on Saturday and finished the weekend with a combined 18-4 record. The 14U Black team, also led by Lubash and Reber, won their first four games with an average 21-point margin of victory. Struck by injuries to starters Nolan Brown and Dogka Nephi on Sunday, the team ultimately fell in a closely contested championship game 59-48 to Jr. Hoops Garnet. The 12U Red boys, led by Luke Keller's 8.5 points per game, went 3-1 on the weekend, falling to Bay City Black in the championship game on Sunday. The 13U Red boys, led by Cameron Banks with 9 points per game, finished second in their pool after going 2-1 in pool play, but ultimately lost in the semi-finals Sunday morning to eventual champion Bay City Select.

For his performance with both 13U Black and 14U Black, Peyton Lubash was named the unanimous BOD Top Performer from the weekend. He finished the weekend averaging 18.4 points per game and 4.8 3-pointers-made for the 14U Black team in addition to his contributions to the 13U Black team during their championship run.